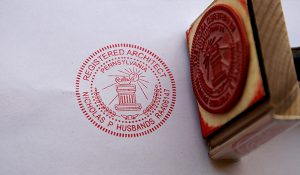 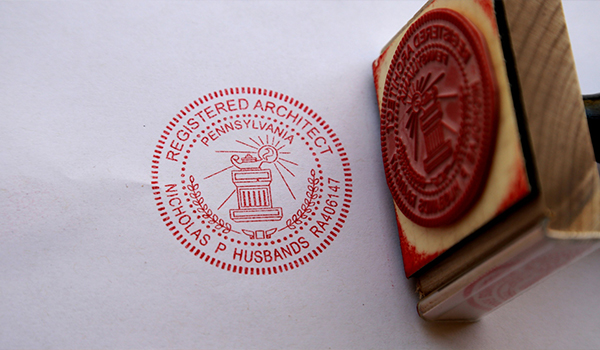 YOU CAN ALWAYS FIND A REASON TO DELAY LICENSURE.  BUT ULTIMATELY IT IS JUST AN EXCUSE.

Becoming a licensed architect is a lengthy process, and a road often plagued with many twists and turns – a few of mine include changing jobs, changing professions, IDP requirements, moving, getting married, over-studying. One difficulty with the licensure process is that there is not a set path. As architects/designers, we tend to over-think challenges like these:  Do I take the exams during or after completing the Intern Development Program?  In what order do I take the exams?  Should I take the exams right out of school or after I have a relevant amount of work experience?  How much do I study?  How long do I need to study?  Every intern asks themselves and their colleagues these questions.  Unfortunately the answers differs for everybody.  I can say from experience that this lack of a clear path made me hesitant to start the process, even though I knew it to be inevitable, and a path I was anxious to complete.  Now having completed I can finally call myself an architect, and I regret not forcing myself into the process several years earlier.

NCARB is the administrator of the seven-part Architectural Registration Exam.  A few challenges include:

-the graphic vignette practice program will not run on modern 64-bit operating systems.

-there is no critique provided on the graphics portion of the exam, so the test letter provides no clue as to any reason(s) for a failed vignette.

-Specific questions from one part of the exam often appear on another section, without any particular rhyme or reason.

There is no shortcut around the process.  Your company may provide time off to test, or reimburse you for the test fees, but they can’t put the books and flashcards in your hands.  They can’t make you give away your free time on the weekends to study.  There is a lot of studying to be done.  But I think it is not as daunting as it seems.  The hardest part is finding a schedule that works for you and sticking with it.  For me, I found that a six-week cycle of studying followed by a two-week break before the next test was an ideal schedule.   My study usually involved a read-through of the PPI and/or Kaplan ARE Study Guide for that particular section, Archiflash flash cards afterwards, and as many practice test questions as I could squeeze in.

I found the PPI and Kaplan study guides (while good for multiple-choice question studying) very lacking in terms of vignette advice.  The Dorf book on ARE Vignettes is a far superior study guide for those parts.  As my course of study, I would also try to review the NCARB practice vignettes at least three times:  once to get familiar with the problem and program specifics without timing myself, once to do a full rough attempt at a solution (hopefully within the allotted time) that I would then correct against solutions, and a final time that hopefully was a clean and correct attempt within the allotted timeframe.  I found the ARE forum online to be extremely helpful in answering some questions not found in the Dorf book, and also helpful in peer-checking of your vignette solutions.  This method of study (six weeks on, two weeks off) worked great for me every time I used it.  The one time I failed a section was after trying to squeeze a second test in less than two weeks after another.  As disappointed as I was to fail a section, It made me realize the value of decompression after a test before focusing on the next one.  While I did not stick exactly to my schedule (once you fall out of the habit of studying every day, the days turns into weeks turn into months very fast), it did allow me to pass all seven sections of the ARE in less than two years (NCARB requires all seven sections to be passed within a five-year window).   My general goal was three hours of study a night during the week, and eight hours a day on the weekend.   This might vary for you who are not married or do not have a dog, but typically I found that whatever time I set aside for studying, in reality I studied with extreme focus for only half that time due to distractions.

It makes life a lot less stressful if you tell yourself ahead of time that you will be distracted sometimes and factor that in, as opposed to telling yourself “I need to study every minute for the next two hours !” because it’s not going to happen in reality and you are just setting yourself up for mental stress.

The mental reward alone of calling myself a Registered Architect was well worth the roughly one thousand hours I spent studying for the exams.