A multi-hospital health system in the Midwest was looking for a consultant to assess and develop an optimized plan for their facilities that ensured the System’s sustainability moving forward while still addressing patient needs. To determine the right configuration of facilities, our team first needed to establish an assumption of the future market within which the System would operate and the volumes they could expect in such conditions.

We used Pivotal to calculate the projected growth or decline rate of volumes for each service line in their primary and secondary service area. These rates encompass the impact of market dynamics such as demographic changes, outpatient shift, care management effort, and technology advancements. With these rates, we were able to calculate their projected volumes by service line for the next five and 10 years. With these volumes, our architects began testing the feasibility of consolidating services across campuses given the existing OR and bed capacity of each facility and ultimately model the optimal distribution of services that achieved the highest cost savings for the System.

Our analysis determined that inpatient volumes were expected to decrease at a slightly faster pace than national trends due to a moderate decline in population in the area, while outpatient volumes are projected to grow at a similar rate. Using the projected volumes, we simulated the use of various spaces, including turnaround times (ED, ORs, imaging modalities, rooms by level of care such as Med/Surg, ICU and others). With this simulation, we were able to project the need for each type of space. We then divided the need by the available number of spaces in the existing footprint of the System to determine their projected utilization and tested the number of spaces needed at a single facility to operate at a target of 85% utilization if the volume was to be combined. The analysis showed us that there was an excess of spaces across the System for the projected need and the number of rooms needed if the volumes were to be combined in one facility, which justified the further exploration of the feasibility of consolidating services and closing one of the hospitals in the System. 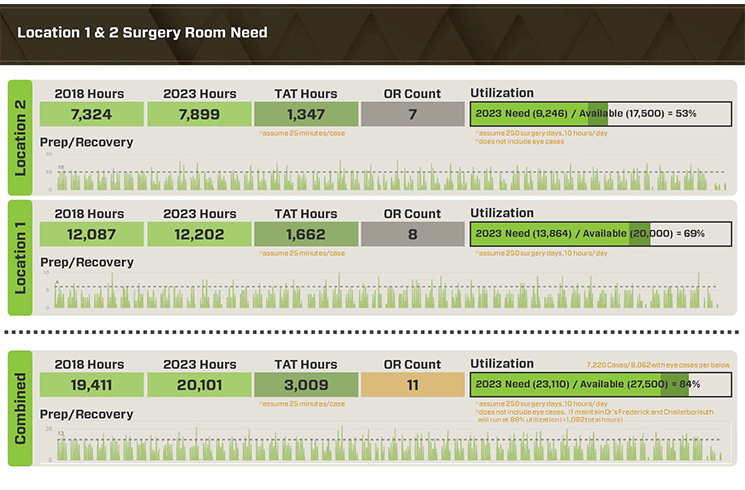 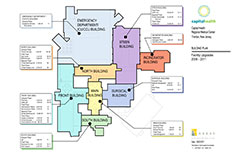 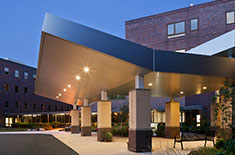 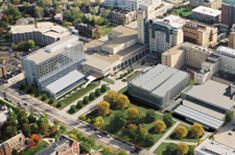